For 81 years Minge Funeral Directors have served the community of Murray Bridge and surrounding areas.

The initial ties with the funeral industry began in 1933 when GC (Claude Minge Senior) began working with Wally Pfeiffer, the then Murray Bridge undertaker and carpenter.

Mr Pfeiffer’s carpentry workshop and undertaking business was located on the corner of Adelaide Road and Myall Avenue, Murray Bridge. The Minge family lived two doors along Adelaide Road from the Pfeiffers, and being the eldest of six boys, Claude Senior left school at 13 to begin work as an apprentice.

Carpentry work was Mr Pfeiffer’s main occupation as only 12 funerals a year were conducted in Murray Bridge in those days.

The coffins were all made by hand, there were no power tools, even the circular saw was man-powered, and this was Claude’s job.

As Murray Bridge grew so did the number of funerals and the business.

Mr Pfeiffer passed away in 1950 and Claude and his wife Rhonda took over the business. The old workshop on Myall Avenue was boarded up and they moved to a new premises at 11 Swanport Road, Murray Bridge, where Woolworths supermarket is now located.

The hearse used during these years was the 1924 Nash. This vehicle served the business from 1924 through until the 1940’s until it was sold in 1952 and replaced with a 1952 Chevrolet hearse. The business also purchased a refrigeration plant and associated equipment at this time.

In 1959, Claude and Rhonda purchased Sunnybank, at 65 Swanport Road, Murray Bridge, moving their business to this location.

In 1982, at the age of 62, and after 49 years in the funeral industry, Claude Senior died. The business continued under the leadership of Rhonda, together with her son Claude and his wife Elizabeth.

A purpose-built funeral chapel was then built in 1988 at 63 Swanport Road, Murray Bridge, adjacent to Sunnybank, where it continues to operate from today. 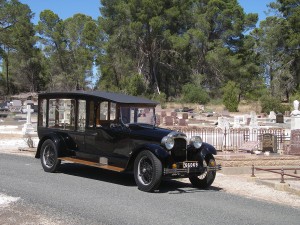 In late 2012, and after xx years in the funeral industry, Claude and Elizabeth retired, handing over the reigns to Scott  Harrington.

With twenty-two years experience in the funeral industry, including six years working for Claude and Elizabeth at Minge Funerals, Scott is continuing the time-honoured traditions of courtesy, pride in one’s profession, understanding, empathy and compassion that began back in 1933.

The business has continued to grow to where it is now one of the largest country funeral directors in South Australia.

Minge Funeral Directors with Scott and staff is committed to providing personalised care and services during a time of need – their reputation is your guarantee.